HomeNewsOrganization of the National Security and Defense Council of Ukraine12.10.2021, 17:16

Cyber troops can become our asymmetric response to the aggressor

The operation of cyber troops can become Ukraine’s asymmetric response to the aggressor state. Head of the Information Security and Cybersecurity Service of the Staff of NSDC of Ukraine Natalia Tkachuk stated this during the round table “Discussion of cyber defense of the state and prospects for establishing cyber troops”.

According to Ms. Tkachuk, the Ministry of Defense of Ukraine today faces “a very important and necessary task of building cyber troops”. “The operation of cyber troops can become Ukraine’s asymmetric response to the aggressor”, - the Head of Service said adding that such units should have been created at the very beginning of Russia’s hybrid aggression.

Head of the Information Security and Cybersecurity Service of the NSDC Staff highlighted a number of key points in developing cyber troops. According to her, the priority is the personnel issue, in particular, the creation of a “cyber reserve”, which will include “young boys and girls who will serve in the military and become a pool of personnel for the entire national cybersecurity system”. “No country has so many young IT professionals who are patriots at the same time”, - she added.

Also, according to Ms. Tkachuk, to ensure the functioning of cyber troops and execute operations in cyberspace, it is necessary to establish a legal framework. To this end, a working group has been set up at the NSDC Staff to develop relevant proposals.

Moreover, Ms. Tkachuk believes that interagency cooperation is another crucial factor in developing cyber troops. “It is pleasing that the initiative to create cyber troops has been supported by all cybersecurity actors and the Office of the President of Ukraine, and together we will manage to implement it as effectively as possible”, - she said. 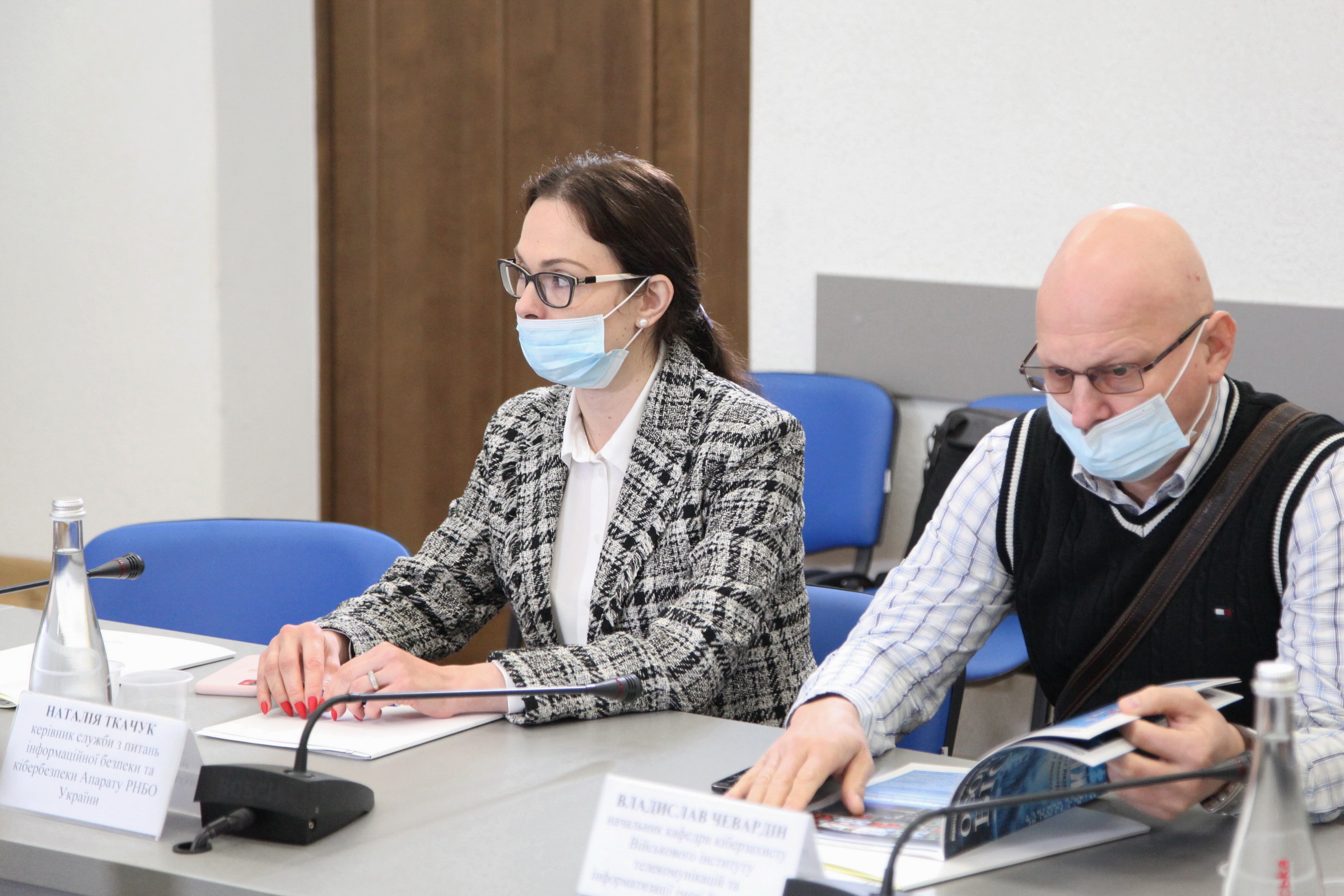 The participants of the round table discussed current trends in the evolution of cyber threats, the experience of the world’s leading countries in creating cyber troops. In this context, a discussion was held on Ukraine’s new Cybersecurity Strategy, in particular, on launching an effective cyber defense, creating cyber troops as a new branch of forces, the need for relevant amendments in national legislation, development of organizational structures, and preparing staff for cyber troops.

The participants also covered the issue of drafting the Strategic Defense Bulletin of Ukraine in terms of acquiring capabilities of the security and defense sector for executing operations in cyberspace as a separate domain of warfare.

Representatives of the Ministry of Defense of Ukraine, the General Staff of the Armed Forces, the State Cyber ​​Defense Center at the State Service of Special Communications and Information Protection of Ukraine, the National Institute for Strategic Studies, the State University of Telecommunications, the National Defence University of Ukraine named after Ivan Cherniakhovskyi, the Zhytomyr Military Institute named after S.P. Korolyov, the Military Institute of Telecommunication and Information Technologies named after the Heroes of Kruty, representatives of the expert community, relevant public organizations and defense industry enterprises took part in the meeting.

Organization of the National Security and Defense Council of Ukraine